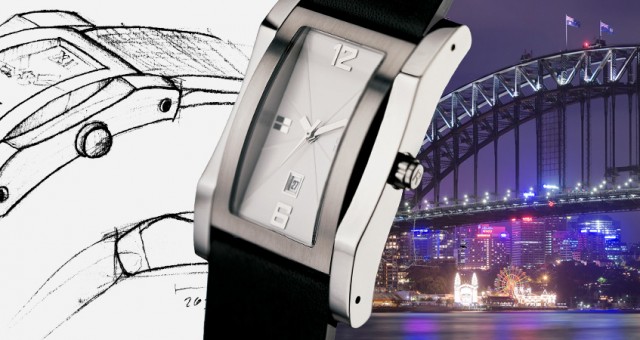 Objects protect us and make our lives bearable. Besides, they survive us (Herta Müller)

The title for this article sprung to mind after reading an interview with Herta Müller, the Nobel Prize in Literature in 2009. Herta talked about the Jews killed in the death camps and what it meant for them to be stripped of their objects, of all their goods and how they felt divested of their own selves and stopped being people.

Deprived of their individualities, they had to start redefining themselves through the objects they created using the bits and pieces they found.

I believe that this is the real function of objects: to define us as human beings.

In archaeological digs, what defines the age of the remains in them are the objects found. They also define who the mummy discovered there was, what was his activity and social status. In other words, they define him as a human being of his time.

It is up to us, as product designers, to imagine those objects. In other words, to create them.

Designers work our way inside them to discover their soul and their energy, that is to say, what they will communicate to their potential users.

After an exhaustive study that covers the brief defined by the client, the qualities of the materials, manufacturing limits, etc., we, as designers, sit in front of a blank piece of paper and begin to rake our mind in search of that object. Little by little, hidden among sketches that we draw, blueprints made with other tools, 3D images that technology has put at our service in order to render, in the most realistic form possible, we discover an object that is already there and that slowly becomes visible to our eyes.

Whenever I design an object, I am convinced that the object already exists fully formed and I just have to find it. That is why it appears gradually inside me, until I can discover it in its entirety. That is what is usually called the global view of the object. We do not design fragments, but complete objects which we tweak until we find their definitive form.

Throughout our professional careers, we answer countless questions about our work, or we dodge the question with an agile swerve or give in to verbose explanations with a barrage of words which will probably include form, function, balance, colour, plan. We all know how to do that, how to deliver a tirade until we have bludgeoned our interlocutor into submission and he changes the conversation which is, let’s admit it, what we were looking for in the first place. But, why?

Objects accrue a special meaning for those who wear or use them. That is why we design them, giving each one of them a singularity.

In a world already replete with objects that say nothing, thanks to superabundance produced by mass production, our duty and our mission will be to try to differentiate each design by something particular and specific.

Our goal is to make them recognisable in themselves. And though it is a goal we do not always reach, whenever we do succeed we don’t know exactly how we did it.

When I am giving an object its shape, even if it seems as if I am in control of its form, of the balance of all its components, materials, etc., I feel that something escapes me. Invariably, I have the feeling that there is something there that, without thinking about it or predicting it to happen, will suddenly catch me unawares. For me, that is “the angel of the object”—that something that escapes me.

Whenever that happens, I know that the object will end up attracting the interest of the person who looks at it above and beyond any other thing around it.

That is why designers do not own these objects: if anything, they might be their bearers, or at least that’s what they can think.

But we will never get to own the thing, that indefinable thing, that eludes us ever since the creation of the object.

We may sense that angel of objects in old, dusty and unrestored pieces. And we can also intuit it after their restoration, because it lingers in time; it is invariable.

I believe that we could all ask ourselves what is an object with an angel. I am utterly convinced that we would all be able to identify it.

It is the one we stays in our minds for ever.

It is the one we treasure for ever.

It is the one we never loan to anyone.

It is the one that goes with us any time we move home.

It is the one we once lost and we’ll never forget.

In short: they accompany and protect us, and besides that, they survive us.